Today we´re in Melide, and despite it being Emilee´s official day to post on the blog, we, Kevin C, Mike Diamond, Katie J and Sarah wanted to share a few thoughts with our fans back home. As we are usually among the last to finish walking each day (mostly by choice), and proud occupants of top bunks each night, we have dubbed ourselves the Fordham Camino 2010 ¨B Squad.¨ Not as glamorous as the A Squad who lead the way into town, we do fulfill a few vital roles. Since we take our time travelling, we need to find ways to occupy our time. Thus, ¨B Squad Radio¨ was born, in the pouring rain somewhere between Portomarin and Palas de Rei. Here we share with you some of what we spend our time talking and thinking about. We feel we´ve produced enough innovative and entertaining discussions to fill a 24 hour talk radio station. Without any further adieu, we give you B Squad Radio: where getting there is half the fun.

First up, is a representation of everyone´s favorite aspect of Spanish culture, the incredibly overdramatic, overproduced, over the top music video. The following is the group´s collective favorite example of Spain´s greatest export since Antonio Banderas. The song is called Bulería, performed by the velvet throated god otherwise known as David Bisbal. Make sure you stick around for the anguished scream at the end, much like our own anguished screams tomorrow, as we walk thirty two kilometers through the rain and mud (we hope its mud, though there are a lot of cows around).

Second, inspired by the casting of ourselves in the roles of Lord of the Rings characters, B Squad Radio determined who will be cast as each member of our own group in the inevitable film adaptation Steven Speilberg´s Fordham Camino 2010: The Major Motion Picture Event. (In 3D, naturally.)

What follows is the tentative cast list, and a few backups, in case artistic differences split apart the original crew: 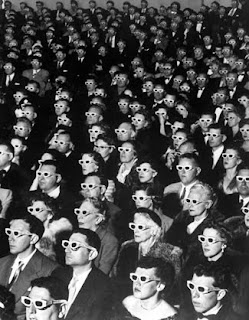 This has been B Squad Radio: We´ll get there when we get there.
Posted by Richard at 11:07 AM